At Sunday’s annual Television Critics Association event, DC Comics and The CW announced an expansion of the Arrowverse, which will now include Vixen.

The animated series Vixen will take place in the Arrow and Flash universe, with both heroes making an appearance.

Set to debut this fall, the show will run on CW Seed, the network’s on-line presence. Arrow‘s executive producer Marc Guggenheim is overseeing the project. 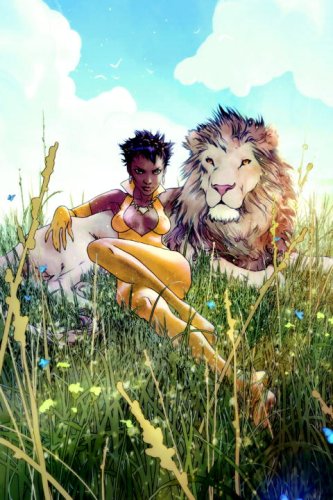 Vixen, whose real name is Mari Jiwe McCab, originates from the fictional African nation of Zambesi where her parents were killed.

Through her family’s Tantu Totem, she can access the powers of animals in the animal kingdom, from the super-strength of a gorilla to the speed of a cheetah.

She has made previous appearances in the Justice League Unlimited animated series, in which she was voiced by Gina Torres.

theComplex is Sinuous Magazine's vibrant Editor-in-Chief and Creative Director. With 17 years of design and online writing experience, she has shaped Sinuous with her passions for the arts, design, music, food, and issues impacting marginalized communities. She greatly enjoys researching topics of interest, the art of foul language, voicing a thoughtful opinion, and incessant day-dreaming.

Sinuous Magazine is dedicated to providing a multicultural exploration of art, entertainment, fashion and social issues.