Today we get a look at Beyoncé‘s “Mrs. Carter Show” Tour Book, which accompanies her 15-show trek through Europe that started in Serbia last week, and will begin in the U.S. on June 28th.

Other costume designers include Peter Dundas (Emilio Pucci creative director) and Dean and Dan Caten (Dsquared2 designers), as well as Ralph and Russo.

Check out the images from the tour book below. 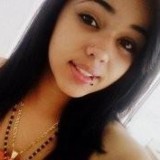