Frank Ocean has had quite an interesting year. His debut studio album Channel Orange received critical acclaim and debuted at #2 on the US Billboard 200 albums chart, selling a little over 131,000 copies in its first week. In addition to charting in several other countries including Norway, where it reached #1, he also came out to the industry and fans in a very heartfelt letter.

The singer-songwriter is currently busy working on music alongside Beyoncé and Alicia Keys for their upcoming albums, as well as writing a song for Quentin Tarantino’s western film Django Unchained. But that didn’t stop him from posing for GQ Magazine‘s December 2012 “Men of the Year“ issue, where he also spoke about his sexuality, his upbringing, meeting Odd Future and much more.

Take a look at the photos by Peggy Sirota and excerpts from the interview below, and click here to read the full interview from the official GQ website. It’s quite interesting, and I really think you guys will enjoy it!

On why he decided to come out:

On the timing of his letter:

“Some people said, ‘He’s saying he fell in love with a guy for hype.’ As if that’s the best hype you can get in hip-hop or black music. So I knew that if I was going to say what I said, it had to be in concert with one of the most brilliant pieces of art that has come out in my generation.”

On being raided by his mom as a single parent:

“I haven’t seen him since. And for a while, you know, we were not middle-class. We were poor. But my mom never accepted that. She worked hard to become a residential contractor—got her master’s with honors at the University of New Orleans. I used to go to every class with her. Her father was my paternal figure. He’d had a really troubled life with crack, heroin, and alcohol and had kids he wasn’t an ideal parent to. I was his second chance, and he gave it his best shot. My grandfather was smart and had a whole lot of pride. He didn’t speak a terrible amount, but you could tell there was a ton on his mind—like a quiet acceptance of how life had turned out. He was a mentor at AA and NA, and I would go with him to meetings.”

“I was at a real dark time in my life when I met them. I was looking for just a reprieve. At 20 or 21, I had, I think, a couple hundred thousand dollars [from producing and songwriting], a nice car, a Beverly Hills apartment—and I was miserable. Because of the relationship in part and the heartbreak in part, and also just miserable because of like just carting that around. And here was this group of like-minded individuals whose irreverence made me revere. The do-it-yourself mentality of OF really rubbed off on me.” 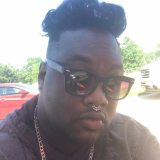